You are here: Home / Blog
END_OF_DOCUMENT_TOKEN_TO_BE_REPLACED

END_OF_DOCUMENT_TOKEN_TO_BE_REPLACED

The American Legion’s welcomes all veterans who have served at any point in time since December 7th, 1941.

Delaware, OH, July 31. 2019 – On Tuesday, July 30th, 2019 President Trump signed The Legion Act – Let Everyone Get Involved in Opportunities for National Service Act – which redefines The American Legion’s membership eligibility dates. The new membership eligibility now spans from December 7th, 1941, until a time when Congress determines that the United States is no longer at war. The Legion Act opens the door for approximately six million veterans and their families to access American Legion programs and benefits.

END_OF_DOCUMENT_TOKEN_TO_BE_REPLACED

We're dedicated to supporting veterans and veteran organizations in the Northwest Ohio and Southeast Michigan areas. 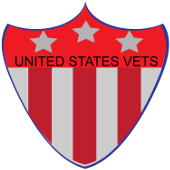 United States Vets, Inc is a tax-exempt non-profit organization dedicated to meet the needs of veterans and their families. We also integrate the services of other providers and volunteers so we can better address all the needs of our brothers and sisters. With your help, we will achieve hands on success and support.  Please join us and see how we can build a better life together.